France, March 9-11, 2018. A seminar with David Hykes’s work is something that still echoes weeks after. It doesn't really fit into well-known categories - or perhaps it fits too beautifully into too many of them at the same time: art, meditation, voice training, teambuilding, dialogue. And the perplexing experience isn't over just because one returns home, it continues to resonate - for weeks. 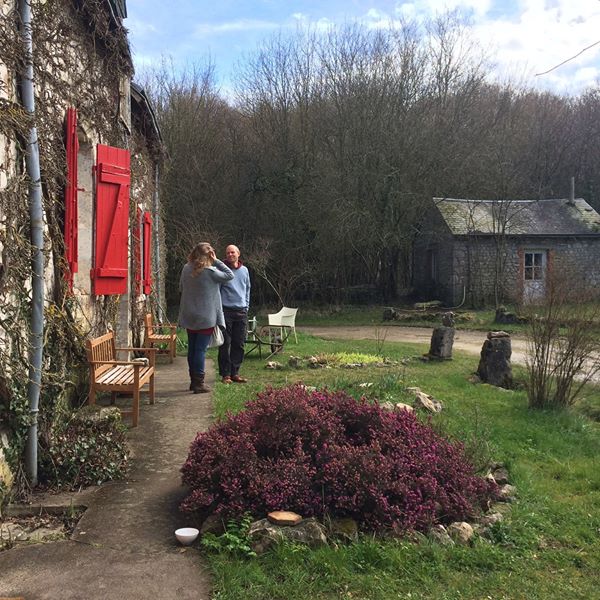 David's "Pommereau", a big medieval farmhouse in the Loire area.

We were fortunate to be able to participate in one of David’s  “Harmonic Presence” seminars / retreats a couple of weeks ago, with a small group at his country home and retreat place “Pommereau”. The beauty of the place was intensified by an early burst of French spring with flowers, frogs, bees and everything, while Denmark was still weeks or months from any sign of spring.

For 3-4 sessions a day we sat with David training a sequence of steps into meditating, singing and listening in one and the same movement or breath. One might expect it to be boring to train the same thing for so long, but in fact it opened a fascinating, colorful world. We trained ourselves further and further into the reined mystery David calls “accompaniment”. I might also call it philosophical or loving, dialectical co-improvisation. In any case the core of it is to neither do or be too little (by being shy or by repeating well-known forms and sounds) or too much (by filling the room with one's own momentary impulses) but to make oneself available for sensitively playing into what is just about to emerge, inside and outside, and to find tones that harmonize with that.

David is famous for unfolding musical potentials of harmonics (“overtones”). The structure of harmonics - the very timbre or sensual quality of an instrument, a voice or a particular word - is a complex space that is implicit or in the background in modern Western musical traditions and ears, but  much more alive and foreground in some other traditions. When one begins to sing more and more with the harmonic "logic" and body, new interactions come to life - also interactions with other voices. For instance, two voices singing two “notes” that would usually create a  “dissonance” can tune in to each others in new ways, with harmonic overtones and sometimes even undertones playing together. When this is done carefully and meditatively - given enough time and patience for real contemplation, and given David’s precise and caring instructions - it navigates or creates new spaces of intense angelic beauty. Stronger, the longer one dares to stay looking-singing in there. It is as if we are walking together in a landscape where cathedrals of sound rise up from the earth's core…

David is a master in facilitating processes of such intense beauty. And interestingly he often uses metaphors from architecture - levels, beams, arcs and spires - to explain where we are going. The seminar could be taken for these aesthetic experiences alone. But we also felt it spilled over into meditation experiences (which had a special soft wakeful tone during and after the seminar) conversations with other people (something like a strengthened musicality of listening and playing along). After coming home several other people have even said our voices had changed a bit - towards the deeper, fuller and more relaxed.

It is interesting what each of us may learn and experience in "harmonic" work, but I am particularly intrigued by the the way it manifested in the group. Much silence, laughter and togetherness - It created an easy, playful yet very seriously listening mode of being together. David's idea of a musical virtue of “accompaniment” - expression as a magic point between the unique creative solo and the faithful rendering of something given in advance - is really a dance of agencies where you help the other listening forth and articulating by going along with utmost sensitivity and curiosity. I believe this can support groups in dialogue and collaboration that spills over from the voice or the musical to dialogue in general. There will be unique opportunities of diving into these open and playful-serious processes during the Gomde Contemplative Summerschool 2018 where David has agreed to join us as a key faculty member during both of the one-week seminars.

I believe that this is in deep resonance with the spirit of Grundtvig - Denmark's 19C "national prophet and poet" who also initiated the movement of Nordic "People's High Schools" that makes an important part of the Summerschool's background. Grundtvig stressed the importance of nourishing "the living word", the word of the lived life and the living body, and not just the words of books and schools. David’s work makes a very direct and concrete sense of this aliveness, connecting word with roots in voice, awareness and group. 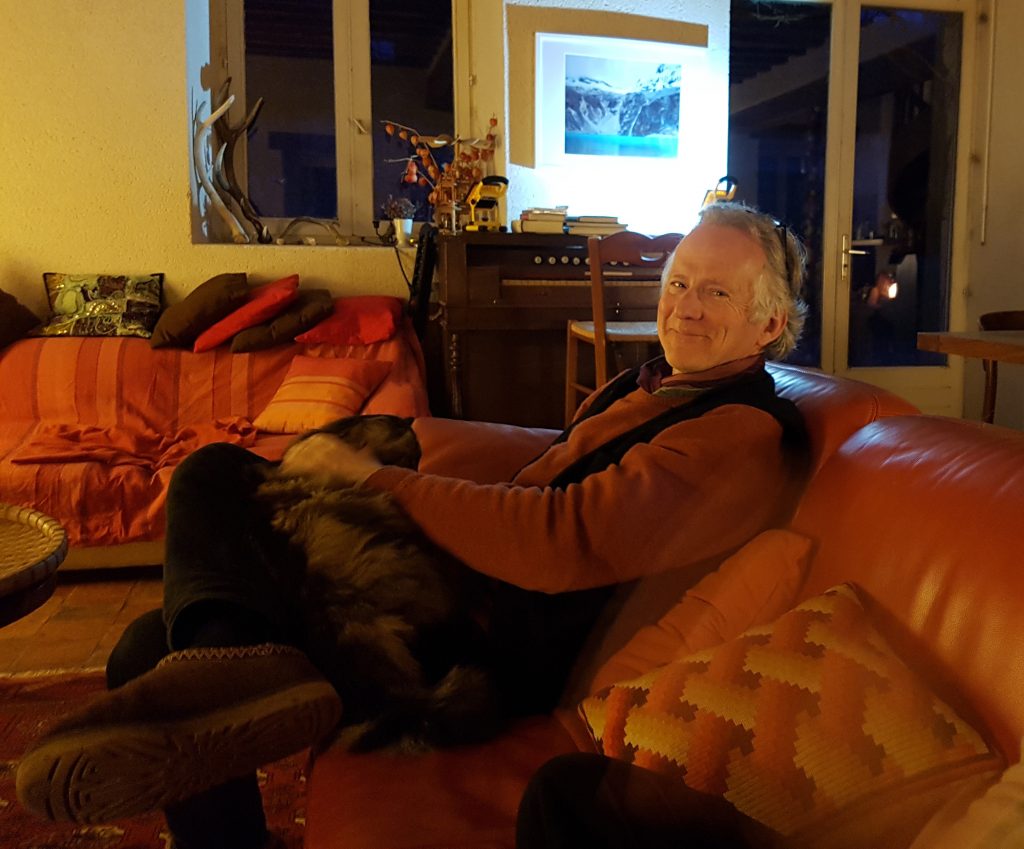 Fireplace contemplation after a day of singing other worlds.

Finally, a curious coincidence. This is my third Harmonic Presence group experience with David. Each time a thunderstorm happened right after. This time no exception. I know that singing doesn't cause storms, and also David clearly refuses to have any connection with atmospheric electricity. So it is not a causal link, but a link of significance and meaning, perhaps. But just in case you want to be prepared for strikes of meaning, you might want to bring an umbrella to the summerschool's sessions with David. 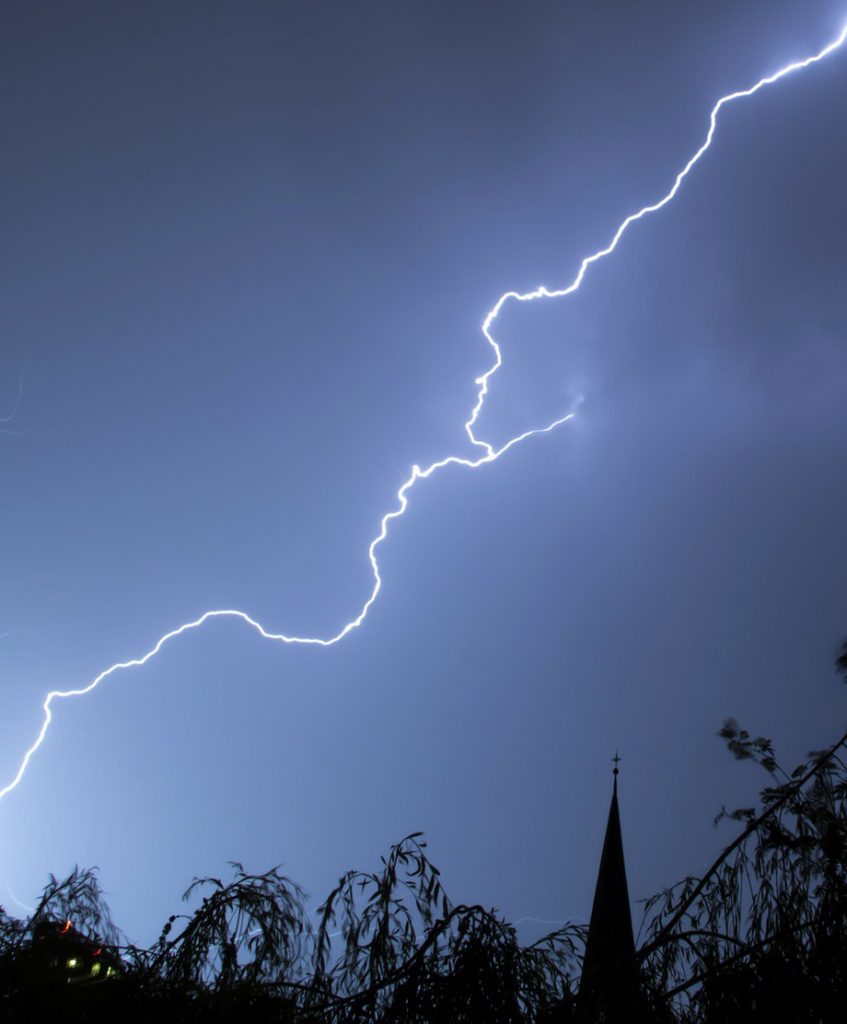 Also on the final evening, David treated us with a visual feast, his amazing project of real-time visualisations of vocal harmonics via specially designed software. Projected on a big screen, this allows David - and others he sings with - to paint with the voice, and at the same time to steer into the joining arcs of harmonics with even greater precision and curiosity, and at the same time, to paint with the voice:

Glimpses into the mystery

Harmonic Visions by David Hykes.  Through Harmonic Chant, mantras, and "vibrational portraits,"-- the chanting of names to create portraits through chant and song--,  Hykes's software program for the works, harmonicvisions, allows transforming the voice and its harmonics into streaming and flowing natural harmonic visual forms. The picture is © David Hykes, one of his series "108 Harmonic Visions". His contact info, album information, videos and photos, and more about David and his work are at the Harmonic Presence website- and in our interview with David.